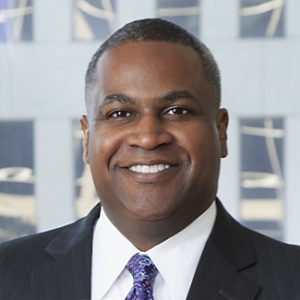 FORT WORTH – Brian Newby, who has served in numerous local, state and national leadership positions, has been elected Managing Partner of Cantey Hanger LLP.

He replaces Michael Appleman, who had been Managing Partner since August, 2015. Appleman will continue with his practice areas focusing on Estate Planning, Trusts & Estates and Tax.

Newby joined Cantey Hanger in 1991 and became a partner in 1996. He became Texas Governor Rick Perry’s General Counsel in 2004, and was named Chief of Staff July 1, 2007. He served as the director of the Division of Disaster Recovery and Renewal after Hurricane Ike struck Texas in 2008 and returned to Cantey Hanger in January 2009. Newby is also a former Vice Chairman of the Board of Regents, Texas Tech University System.

“Michael Appleman has been a tremendous managing partner and will continue to hold a leadership role.” Newby stated. “It is an honor and professional privilege to take the reins at Cantey Hanger, a Texas institution in the legal and business community.  From its beginning in the 1880s to today’s full-service and diverse law firm, Cantey Hanger has been on the cutting edge of the legal practice, always bringing outstanding results to our clients throughout Texas and nationally.”

He has served in numerous local, state and national leadership positions, including elected office, national foundations, and the active duty and reserve components of the United States Air Force. He holds the rank of Major General. A former deputy commander of the Texas National Air Guard’s three flying wings and affiliated units, Newby’s last military assignment was at the Pentagon, where he oversaw more than 450 military lawyers and paralegals nationwide.

A courtroom advocate, Newby has taken to trial, arbitration and mediation hundreds of cases involving commercial business disputes, construction defects, public and private contract claims, and personal injury and employment agreements. He has tried cases in state and federal courts throughout Texas.

Newby has a long history of involvement in the Fort Worth community. He was formerly elected to the Tarrant Regional Water District’s board and has served on the boards of the United Way Tarrant County, Cook Children’s Foundation, Community Foundation of North Texas, Communities in Schools, Fort Worth Metropolitan Black Chamber of Commerce, Young Men’s Leadership Academy Advisory Board and L. Clifford Davis Legal Association. He is a representative on the Fort Worth and Benbrook Chambers of Commerce and member of the Tarrant County Bar Association and Tarrant County Bar Foundation.

“Brian has enjoyed success, and he has risen to the top, in all of his endeavors – from General Counsel and Chief of Staff to the Governor of Texas to earning promotions to the rank of Major General in the United States Air Force,” Appleman said. “He will bring the same leadership skills to our organization, and I am looking forward to working with him and supporting him as he does.”

Appleman, a third-generation Fort Worth attorney, has been associated with Cantey Hanger since 1993 and is a past-Chair of the firm’s Business, Tax and Estates Section.

His practice focus is on helping clients plan their estates, and probate the wills and administer the estates of clients’ family members. He has formed, established and secured charitable recognition for several non-profit organizations and has significant experience with court-ordered guardianships.