Securing Discovery from a Texas Non-Party 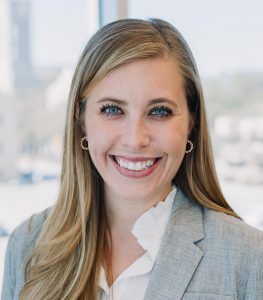 Texas is one of the few states which has not adopted the Uniform Interstate Depositions and Discovery Act (UIDDA).  As such, out-of-state parties who wish to seek discovery from Texas individuals or entities must comply with a confusing set of rules found in the Texas Rules of Civil Procedure.  An important part of our practice is assisting lawyers from around the country serve and enforce such discovery requests.  Here are some of the questions we’re routinely asked regarding out-of-state discovery.  There are unique features to every situation and particular local rules which may result in a different answer than is given here, but this is intended to be a helpful primer for out-of-state lawyers who need to secure discovery from a Texas non-party.

What types of discovery requests are allowed for non-parties?

Do I have to get permission from the out-of-state court before serving discovery on a Texas non-party?

Do I need a Texas subpoena in order to serve discovery on a Texan non-party?

Under Texas law, the subpoena is the instrument that compels a non-party to comply with discovery requests.  A Texas court will not enforce an out-of-state subpoena against a Texas citizen.

What are the requirements of a Texas subpoena?

A Texas subpoena may only be issued by: (1) an attorney authorized to practice in the Texas; (2) a Texas court clerk; or (3) an officer authorized to take deposition in Texas. (TRCP 176.4)

Do I need to open an ancillary proceeding in a Texas court to serve a subpoena?

You don’t have to, but probably should to ensure compliance.  Opening an ancillary proceeding prior to service of the subpoena will secure a court to hear any objections to the subpoena, settle any potential disputes that arise during a deposition, and hear and rule on a motion to compel.

What are the notice requirements for a non-party subpoena?

Notice requirements depend on the type of discovery sought.  A notice of an oral deposition with or without a request for documents must be served a “reasonable time” before the deposition (TRCP 199.2(a)).  The subpoena accompanying the notice may be served at the same time as or after the notice is served (TRCP 205.2).

A notice of a deposition on written questions with or without a request for documents must be served at least 20 days before the deposition is taken (TRCP 200.1(a)).  The subpoena may be served at the same time as or after the notice is served (205.2).

A document request without a deposition must be served “a reasonable time” before the time provided for compliance (TRCP 205.3(a)).  The subpoena must be served 10 days after notice.  (TRCP 205.2).

Must a Texas subpoena be hand-delivered?

Texas law requires that a subpoena be served at any place in Texas by any sheriff, constable, or person who is not a party and is 18 year of age or older by delivering a copy of the subpoena to the witness and tendering any required fees (TRCP 176.5).

Are there fees associated with a Texas subpoena?

In certain circumstances. For instance, when a discovery subpoena requires a non-party to attend a deposition, the non-party is entitled to receive payment of one day’s witness fee ($10) at the time the subpoena is served (CPRC § 22.001).

Also, when a discovery subpoena seeking document is directed to a custodian of records, the custodian is entitled to $1.00 for the production and certification of the documents.  That payment is due at the time the subpoena is served (CPRC § 22.004).

If these required fees are not attached, the subpoena is legally defective.

How can I enforce the discovery subpoena?

If a non-party fails to comply with a valid and enforceable subpoena without adequate excuse, a court can hold the non-party in contempt and punish the non-party by fine or imprisonment (TRCP 176.8).  A Texas court can also compel the non-party to respond to the discovery subpoena.

In Warford v. Childers, the Seventh Court of Appeals determined it had jurisdiction to review a trial court’s denial of a party’s motion to compel. In so deciding, the Court of Appeals concluded that in an ancillary proceeding such as this, the order pertaining to discovery was a final judgment—when, typically, such an order would interlocutory if the entire case was proceeding in Texas. Warford v. Childers, 642 S.W.2d 63, 66 (Tex. App.—Amarillo 1982, no writ).

Can I challenge the substance of foreign court’s commission in a Texas court?

Probably not. The Fourteenth Court of Appeals noted that Texas courts considering commissions from other states do not have the jurisdiction to consider whether the foreign court’s commission was defective—specifically noting this particularly applied where counsel urged the Texas court to refuse the foreign court’s commission because the foreign court “did not adequately analyze relevance and materiality.” Centennial Psychiatric Associates, LLC v. Cantrell, No. 14-17-00380-CV, 2017 WL 6544283, at *7 (Tex. App.—Houston [14th Dist.] Dec. 21, 2017, no pet.).

In an earlier opinion, the Fourteenth Court of Appeals concluded Texas courts “did not have authority to quash or limit the depositions . . . based on a belief that the discovery is irrelevant.” In Matter of Issuance of Subpoenas Depositions of Bennett, 502 S.W.3d 373, 378 (Tex. App.—Houston [14th Dist.] 2016, no pet.). To obtain relief regarding the relevancy of the deposition sought, the out-of-state party should seek relief in his home jurisdiction where the case is pending.

Should I hire local counsel?

Local counsel can prove helpful in securing discovery from Texas non-parties, including: (1) ensuring that the subpoena is issued and served properly in accordance with Texas rules; (2) ensuring that all notice requirements are met; (3) assisting with problems as they arise, including enforcement issues; and (4) providing helpful local knowledge including the identities of reputable process servers and court reporters.

Ali Mosser is an attorney in the Litigation Practice Group at Cantey Hanger LLP.