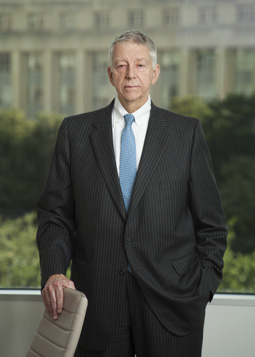 Of Counsel, Fort Worth

S.G. Johndroe III concentrates his practice in litigation affecting real estate interests, including condemnation, real property valuations, transactional conflicts, and boundary disputes. He has tried many cases involving real estate issues and has been called upon to provide expert testimony with regard to land titles as well as to act as a mediator in the resolution of real property disputes. In addition to his trial work, Mr. Johndroe has handled many cases at the appellate level, presenting oral arguments to appellate courts in over thirty cases. In addition to appearing before Texas Courts of Appeals, he has argued before the Supreme Court of Texas, the Fifth Circuit of the United States Court of Appeals, and is admitted to practice before the Supreme Court of the United States.